Do You Have to Be a Rocket Scientist to Build a Manure Spreader? It Doesn’t Hurt.

The Story Behind a Variable Rate Manure Spreader

As an organic farmer, you’re probably used to spreading manure — which means you also probably know how difficult it can be to get an accurate spread.

“Before, when we would spread, it’d be difficult to get the manure on correctly,” Joey said. “Not only in the right spots, but at the right amounts.”

So he decided to do something about it. 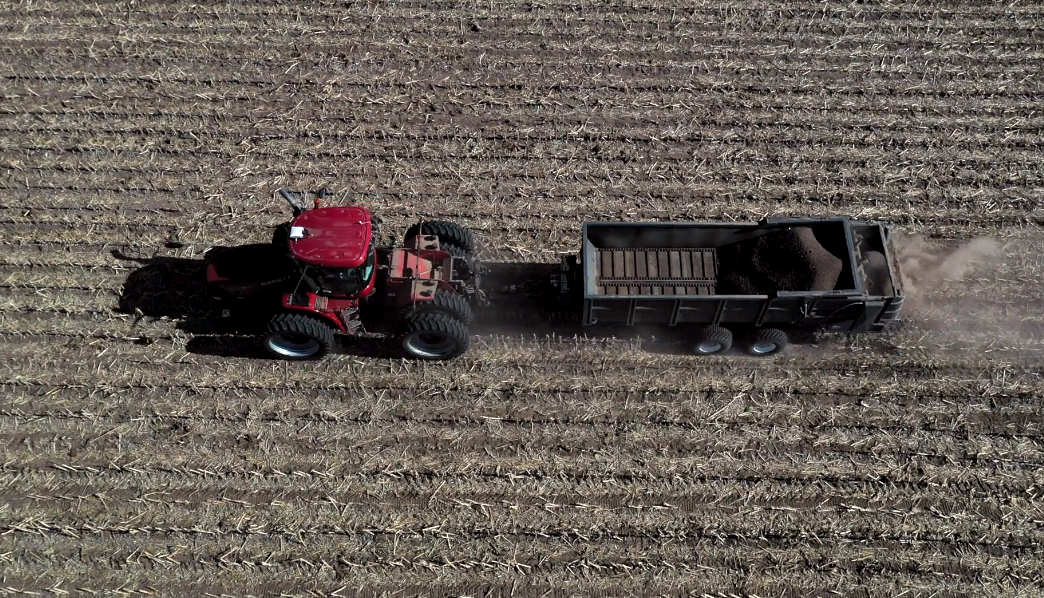 Together with his father Gary Robison, Joey founded the company Plains Innovation to design a hyper-accurate manure spreader, using variable-rate technology and hydraulics.

“I knew the technology well enough to know that if we could put it together in a different configuration, we could do better than anything that was out there,” Gary said.

With their idea in motion, the father/son team contacted Gary’s uncle, a hydraulic engineer who previously worked with NASA. (So, yes, being a rocket scientist does help when building a manure spreader).

“I ran it past him, and he was intrigued by the idea. He started putting ideas together,” Gary said. “We first developed the spreader box and made sure it was perfected. Being completely hydraulic-driven, that we knew we had to have in order to accomplish the variable-rate spreading. Then we started incorporating the actual GPS technology.”

According to Joey, the technology they were using wasn’t new. What was new was the way they put it all together.

“Variable-rate technology and hydraulics have been around forever,” Joey said. “We just put them together in a way that works for the industry.”

One of the goals of the design was to reduce friction by driving the floor chain and spreader apparatus with two different hydraulic systems. That way, one system wouldn’t be dependent upon the other, and the floor chain wouldn’t be robbed of power as it needed to speed up or slow down to apply the variable rate.

“As you speed up the spreading equipment, it changes the rate,” Gary said. “It'll change the rate as you speed up and slow down, as well as when you're crossing the variable-rate zones on the prescription.”

The key for the new design was flow, not pressure. The floor chain is designed to move with a bigger volume of oil, instead of just raising the pressure. This keeps the oil temperature down and allows for greater control of the movement of the floor.

The spreaders can hold approximately 20 tons per load. At an average speed of 12 miles per hour, a typical load can be applied in less than five minutes.

“The trucks can spread a lot of tons in a day,” Gary said. “Generally, one loader can manage three trucks, and we can spread about 40 acres a day per truck, maybe a little more than that some days.” 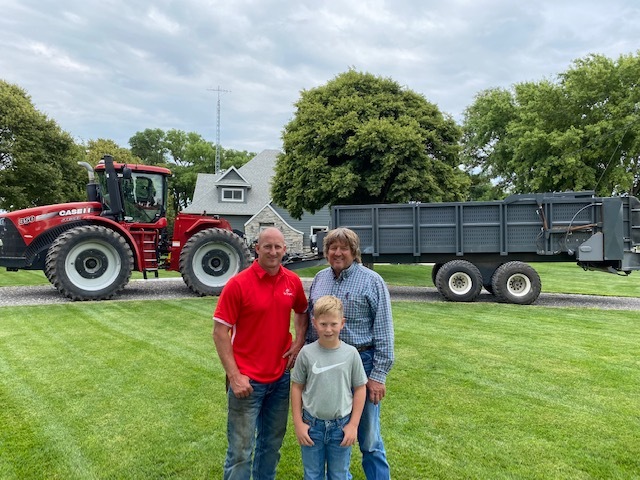 Before bringing the spreaders to market, Joey and Gary wanted to ensure the equipment is ISO-compliant. That way, growers will be able to attach any tractor to the spreader trailer and plug into the driver with no issue.

“The spreading program shows up in the tractor, and off you go,” Gary said. “It makes it user-friendly for people, so that they don't have to completely learn a whole new operating system, so to speak.”

So far, Joey and Gary have manufactured five spreaders, and they are continuing to test the equipment to ensure a smooth roll out.

“We have another new prototype that we're in the middle of making right now that will have a few final changes that we wanted to make,” Gary said. “We made some changes to how the manure is delivered to the spinners, went from two beaters to one beater that's direct-driven. So we have no chains at all on the system now. It's all just hydraulics and hoses.”

The team plans to test this new prototype this fall.

Plains Innovation is also looking at building two different spreaders — one that would be specific for chicken litter and another that can work with a variety of material, from cattle manure to mulch to raw chicken litter.

What to Know about the Manure Spreader

According to Gary, if growers remember anything about these new manure spreaders, he would like them to know two things.

First is the spreaders’ advanced record-keeping capabilities, which industry experts say will soon become a necessity as more regulations are introduced in the future.

Secondly, Gary stressed the spreaders’ accuracy, which will help prevent over-application and under-application of manure, saving them time and money. A more accurate spread also goes hand in hand with environmental stewardship, a growing concern when it comes to consumer perception.

“The consumer of the product that we're bringing to the grocery store, I don't think they're as price-sensitive as we would like to think,” Gary said. “But I think it's getting pretty evident that they're going to be sensitive as to how careful we are out here of using our resources and managing our resources.”

The Bottom Line for Variable Rate

The variable-rate manure spreaders are set to hit the market within the next year through Plains Innovation. Although they can’t reveal the exact price point yet, Joey says the spreaders will be competitively priced with other spreaders on the market.

“This spreader is for folks who would spread manure every day, 365 days a year,” Joey said. “It’s built by farmers, for farmers.”

If you are interested in variable-rate manure spreaders or would like to learn more about Plains Innovation, Gary Robison welcomes calls at (308) 991-3039.